One important feature of SAKE CELLAR® is that it allows sake to be stored at a temperature of -5℃. By storing sake at a temperature of -5℃, you can enjoy sake with a quality close to that of sake served at breweries. The development of SAKE CELLAR® was spearheaded by Hidetoshi Nakata, the president of JAPAN CRAFT SAKE COMPANY Co., Ltd. who is part of our development team, after he had visited more than 350 breweries and found that most breweries store their bottled sake at temperatures between 0℃ and -8℃.

Since storing sake at a temperature of -5℃ can preserve the quality of its content, this ensures that there will be almost no deterioration in the sake’s quality even after it is shipped from the brewery. With SAKE CELLAR®, it is possible to create an ideal storage environment for sake and ensure that a quality and flavour that is close to that of sake served at breweries. 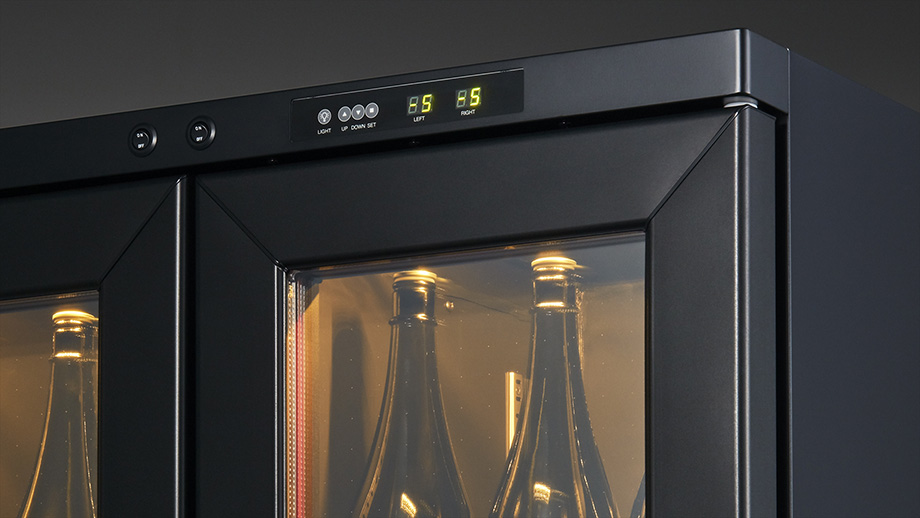 Setting the temperature between -5℃ and 20℃ for aging different sake

The temperature of SAKE CELLAR® can be set between -5℃ and 20℃ at intervals of 1℃. For instance, storing sake in the range of 0℃ to 5℃ accelerates the aging of sake and allows the sake’s quality to be intentionally altered. Some breweries also age sake by modifying its storage temperature. In fact, it is believed that some breweries alter the quality of sake by calculating backwards from the point in time when the sake will be served to consumers while taking seasonal conditions into account, and then adjusting the temperature accordingly to achieve the desired taste for their purpose. Since this cellar has a wide range of temperatures that you can switch between according to your preferences, it offers the flexibility of using it to store sake, accelerate the aging process of a sake, or store wine alongside sake. 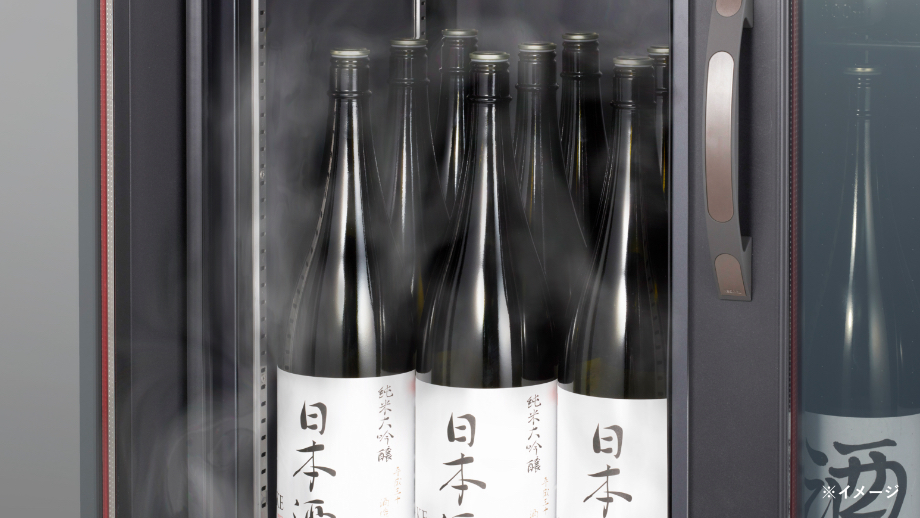 SAKE CELLAR® is equipped with the ability to maintain a different temperature in each of its two compartments, making it possible to store liquor with different purposes in the cellar at the same time, such as wine and sake. This twin-cooling system which allows for the concurrent storage of sake and wine is an important feature of SAKE CELLAR®. The central section of the cellar is mounted with a thick partition that offers excellent insulation, and both the right and left compartments of the cellar are each equipped with an independent temperature control system. In addition to using the entire cellar as a storage cellar for sake by setting the temperature in both compartments to -5℃, it is also possible to utilize the individual compartments as a means of organizing sake according to its size, such as separating ISSHO (1800ml) bottles from YONGO (720ml) bottles. 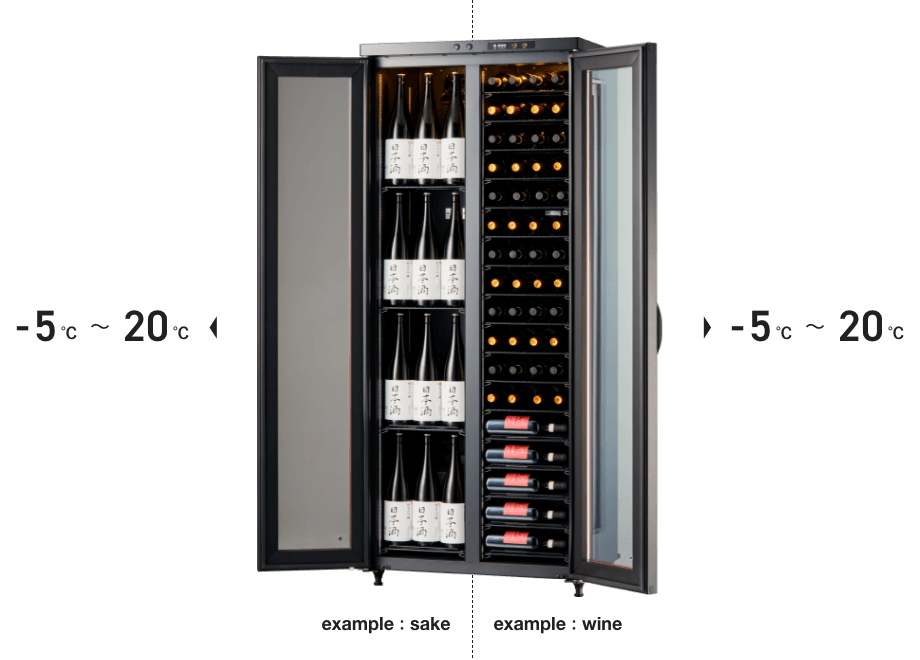 Unlike the defrost control system in regular refrigerators, the temperature in SAKE CELLAR® is stabilized via a system that controls defrost operations based on the temperature of the cooling pipe. When toggling between subzero temperatures through mechanical operations, it is of paramount importance for the frost adhering to the cooling equipment to be thawed efficiently. However, an overdrive of the heater used to thaw the frost tends to raise the cellar’s internal temperature more than is necessary.

The defrost control system installed in SAKE CELLAR® is a program that measures the temperature of the cooling pipe which it uses to determine the optimal defrost duration. This in turn minimizes the required operation time of the heater and prevents the cellar’s internal temperature from rising excessively, thereby achieving more stable temperature control within the cellar. 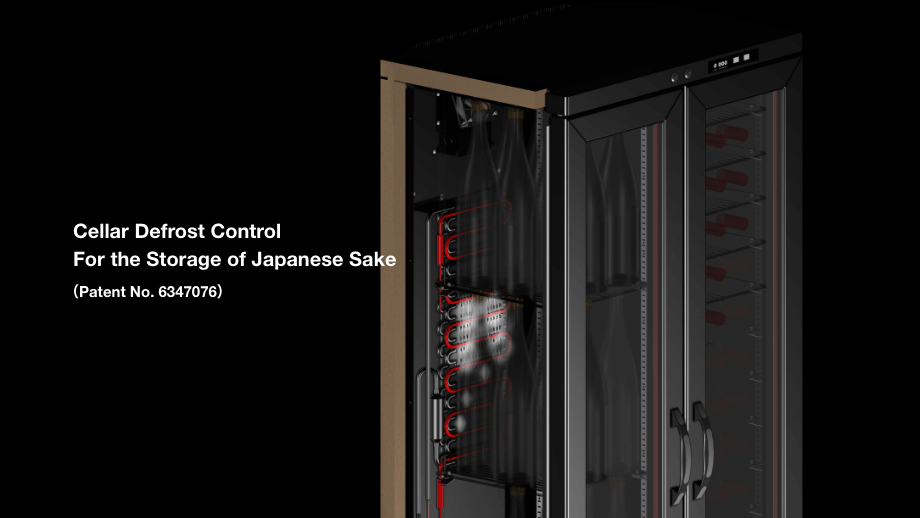